Energy plays an important role in the development of every nations, is the bloodline to feed the economic. However, the traditional energy source are depleting and the use of tradional fossil fuel is also cause negative impact to human and environment such as climate change, global warming. Natural phenomenons such as flood, drought, and coastal erosion have been occurred more and more often causing huge damage to the development of economic, social and living environment.

Vietnam is developing country; energy demand over years is quite high and will maintain in the following years, as expected, in 2014-2030 periods, energy demand of Vietnam will increase with an average rate of 5.9%.

Using energy efficiency and conservation is very important in the process of energy development and ensure energy security. Well-perform this work will contribute to meet the demand of using energy which increasing more and more of the national’s economic, also protecting the environment, rational exploitation of energy source helps saving foreign currency and develop economy-social sustainably.

In the recent year, the Government has various guidelines and implemented policies to perform using energy efficiency and conservation, decreasing environment pollution and reducing production cost. Especially in 2006, the Government approved Vietnam National Energy Efficiency Program (VNEEP) about using energy efficiency and conservation from 2006-2015 in Decision No 1427/QĐ-TTg dated 2/10/2012; And, in 2010, the Congress approved “The Law on using Energy Efficiency and Conservation”.

The Law on using Energy efficiency and conservation take effect in 2011. The law regulates the responsible of using ECC of industrial production site, in which, industrial production site is responsible to develop, implement energy-use efficiency and conservation schedule annually; integrate energy management program with other quality management program, clean production program, site environment protection program; Application of standard, technical procedure, energy use norm which were prescribed by state authority agency; seclect and apply modern production model and procedure, suitable technical solution and high-performance  energy equipment; use of renewable energy which has higher performance in the production line; Apply technical measures, workshop architectural to maximum the use of natural lighting, ventilation and cooling; maximum use of natural lighting and ventilation; Implement operating procedure, maintenance mode, maintain facilities and equipment in the production line to prevent energy loss; Gradually eliminate outdated facilities, equipment, which consume lot of energy as stipulated by the Government.

For key designated energy using sites, are responsible to:

(ii) Build liability regime for individual and group which related to the implementation of using energy efficiency and conservation plan;

To implement the Program and the Law on using Energy Efficiency and Conservation, the Gorvenment, Ministries and Departments have enacted a lot of legal documents to guide and prescribe those contents and solutions. Specifically:

(vii) Decision No.78 /2013/QĐ-TTg: Promulgating the list of energy consumption vehicles, equipment for disposal and ban on construction of low-efficiency power plants;

With the implementation of the Law on using Energy Efficiency and Conservation and projects within the framework of VNEEP about using EEC, Vietnam has gradually remove barriers and create condition to promote energy-use efficiency and conservation activities in the whole country… Estimation, in 2011-2015 period, energy saving in Vietnam reaches 6% of total national energy consumption, this is meaningful figure, because if there isn’t any savings, new electricity plants may have to be built in order to compensate power shortage.

In addition to these achievements, Vietnam is also facing many difficulties to promote energy-use efficiency and conservation sustainably. In particular, the dominant issue is the awareness of community and enterprise about using EEC which is still limited, not ready to approach information of technology and energy saving solutions; Enterprise does not have fund or cannot access to preferential credit loans for energy saving projects; Incentive mechanism for invested enterprise to replace outdated production line to high-performance technology line, energy saving has a lot of limitations, not really encourage business…

According to the current regulations and experiences of some foregin-fund projects about using EEC which have been implemented in Vietnam, to promote the implementation of energy saving measure, accompanied with mandatory policies for the compliance of enterprise, incentive mechanism is also use to encourage and support enterprise to implement provisions. However, incentives mechanisms to implement EEC solutions are expected by enterprise such as tax reduction or exemption, tax deduction for energy saving instruments… are currently not available. Concessional loans to enterprises to implement EEC solutions are also not having any guiding document.

Energy saving potential according to sector

Vietnam industry currently has high energy intensity: To make 1000 USD the added value, 600-700 kg TOE have to be consumed. According to IEA, to make 1 USD of total GDP, Vietnam consumes 1.02 kWh electricity (or 0,463 kg TOE), nearly double than Korea, 3.5 times than France and nearly three times than the US. Vietnam is one of few countries which have energy intensity consumption increase 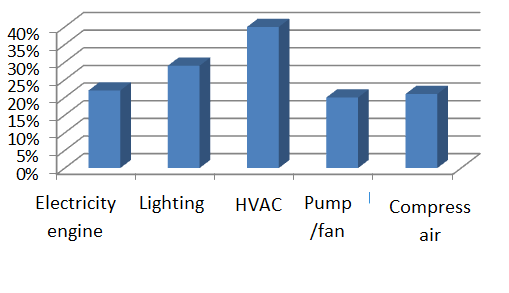 The State should enact more guiding documents for measure implementation such as tax incentives. Currently, project investors cannot take full advantage of the benefit that tax incentive measures bring to them because tax authority agencies do not have guide to implement those measures.